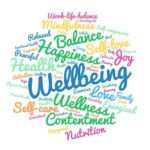 In fact, studies show that “eating-focused” mindfulness can bring significant changes in weight, in how you approach food, and even in psychological well-being. This makes it especially helpful for binge eaters, but it’s also good for anyone whose first reaction to stress or any uncomfortable emotion is to reach for food.
https://www.drugs.com/news/mindfulness-training-help-weight-loss-74656.html

Shortly after I returned to work I was called into a meeting with my manager and the HR manager.  They told me I was “taking too much time off”.  They implied that if I continued to take time off I would lose my job

Be careful who you talk to – mental health and work

Short Stories about Mental Health – I am 1 in 4

Our latest collection of short stories about mental health. You don’t need to write a long piece to have your voice heard – just send us a few lines.

DEPRESSION: GETTING OUR SMARTPHONES TO WORK FOR US

There are some pretty boisterous claims made about smartphones – with one writer claming that smartphones have ‘destroyed a generation’. Whether you agree with this claim or not, there is no doubt that the way we use our smartphones can have a positive, or negative, effect on our wellbeing.

Depression: Getting Our Smartphones To Work For Us

UCLA scientists have identified specific gut bacteria that play an essential role in the anti-seizure effects of the high-fat, low-carbohydrate ketogenic diet. The study, published today in the journal Cell, is the first to establish a causal link between seizure susceptibility and the gut microbiota — the 100 trillion or so bacteria and other microbes that reside in the human body’s intestines.
https://www.technologynetworks.com/neuroscience/news/gut-bacteria-play-critical-role-in-anti-seizure-effects-of-ketogenic-diet-304407

Treating depression in a Pagan context

Pagans are certainly not unusual in suffering from depression, but since their worldviews can differ widely from that of the over culture, the tools and techniques for treating depression may also differ. To learn more, The Wild Hunt spoke with Pagan mental health professionals, as well as those who have struggled with depression.
http://wildhunt.org/2017/12/treating-depression-in-a-pagan-context-2.html

Its All In Your Head: Borderline Personality Disorder and the Brain

BRAIN SCANS HAVE SHOWN PEOPLE WITH BPD HAVE AMYGDALA’S THAT ARE NOTICEABLY SMALLER THAN THE GENERAL POPULATION, AND MAY EVEN HAVE UNDERGONE ATROPHY. THE SMALLER THE AMYGDALA, THE MORE OVERACTIVE IT IS.
https://ushealthnote.com/2017/09/23/its-all-in-your-head-borderline-personality-disorder-and-the-brain/

Did you know that we have chemicals in our brain that make us feel good? One of the most important is Dopamine (also known as the ‘feel good chemical’). Having reduced levels of dopamine can lead to adverse effects of depression and negativity.